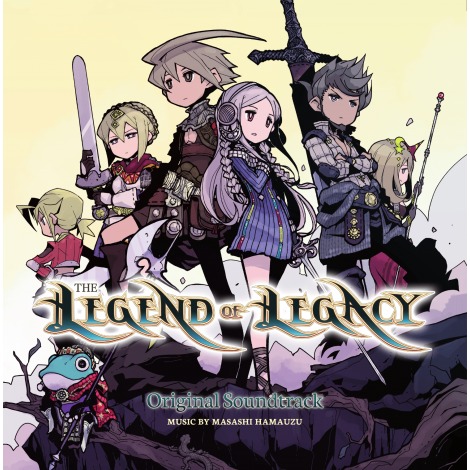 The Legend of Legacy (CD)

The Legend of Legacy Original Soundtrack

Masashi Hamauzu returns with the original soundtrack of The Legend of Legacy on Nintendo 3DS! Known for his acclaimed work on Final Fantasy X and Final Fantasy XIII, the composer has once again challenged himself in order to create music for this new title that proudly follows the tradition of Japanese role-playing games of the 1990s.

The result is a surprisingly rich work, made of finely crafted atmospheres. With a remarkable economy of means, Masashi Hamauzu was able to incorporate a real sense of lightness: be it in the radiant main theme, field music or even the battle themes, the soundtrack for The Legend of Legacy is an immaculate piece of wonder. Naturally, Masashi Hamauzu united his usual team of ace performers: Hijiri Kuwano (violin), Toru Tabei (guitar), Ippiqui Takemoto (drums), Benyamin Nuss (piano) and Mina (vocals).