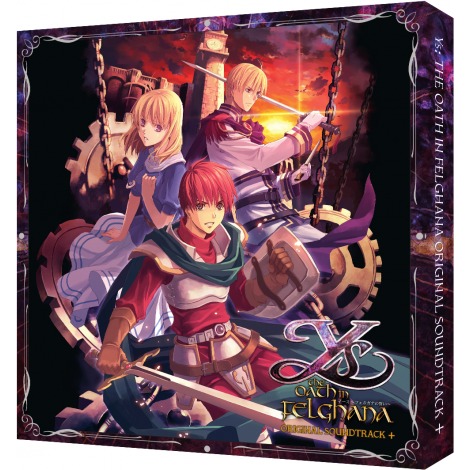 Ys: The Oath in Felghana (CD)

This is the complete soundtrack of Ys: the Oath in Felghana, the gorgeous A-RPG by Nihon Falcom! Composed & arranged by the Falcom Sound Team jdk, Ys: The Oath in Felghana is the acclaimed remake of Ys III: Wanderers from Ys. which soundtrack is also included in this release!

Join the brave Adol in his legendary adventures in Felghana!
For our first collaboration with Nihon Falcom, here is the amazing Ys: The Oath in Felghana Original Soundtrack in this collector 3xCD Box!

Published in 2005, Ys: the Oath in Felghana is the acclaimed remake of the A-RPG Ys III: Wanderers from Ys,
initially released in 1989 on PC-88, PC-98 and MSX2.
Composed and arranged by the famous Falcom Sound Team jdk, the original soundtrack is an absolute compendium of blistering rock tracks and unforgettable melodies. To complete this retro quest, the third disc contains the full soundtrack from the original game Ys III: Wanderers from Ys, released on PC-88! 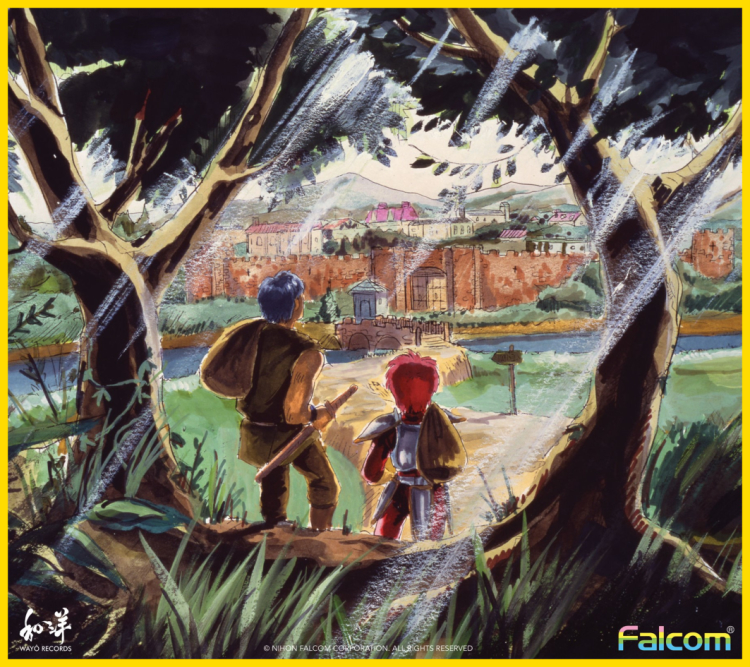 1 Omen = Styx =
2 The Oath in Felghana ~
Omen = Styx =
3 Trading Town of Redmont
4 Quiet Moments
5 Welcome!!
6 Prelude to the Adventure
7 The Boy’s Got Wings
8 Be careful
9 Raven Beast
10 Illburns Ruins
11 The Theme of Chester
12 A Searing Struggle
13 Snare of Darkness
14 Lightning of the Grim Reaper
15 Quickening Dream
16 Steeling the Will to Fight
17 Dear My Brother
18 Tearful Twilight

1 Introduction!!
2 Valestein Castle
3 Prayer for Love
4 Sealed Time
5 Chop!!
6 Dear Elena
7 Believe in My Heart
8 The Beat of Destruction
9 Tower of Destiny
10 Behold
11 The Strongest Enemy
12 Farewell ~Dear My Brother~
13 Morning of Departure
14 Wanderers from Ys
15 Key of the Light
16 Dancing on the road (Unused Music)

IMPORTANT: PLEASE NOTE ALL GROUPED ORDERS WITH THIS PRODUCT WILL SHIP TOGETHER AT RELEASE DATE. IF YOU WISH TO RECEIVE OTHER PRODUCTS EARLIER, PLEASE ORDER SEPARATELY. PLEASE MAKE SURE YOUR ADRESS IS COMPLETE AND CORRECT.