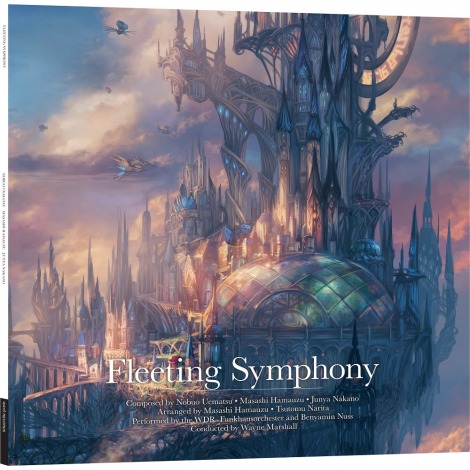 Fleeting Symphony is the extraordinary concert dedicated to the Final Fantasy X music, composed by Nobuo Uematsu, Masashi Hamauzu and Junya Nakano, performed by the prestigious WDR orchestra of Cologne in 2016, now in vinyl edition! This is the Regular Black Edition.

Discover the extraordinary Fleeting Symphony, concert dedicated to the Final Fantasy X music, performed by one of the most prestigious symphony orchestras in the world, the magnificent WDR Funkhausorchester from Cologne in Germany.

The concert is arranged by Masashi Hamauzu and Tsutomu Narita, now available on vinyl format!