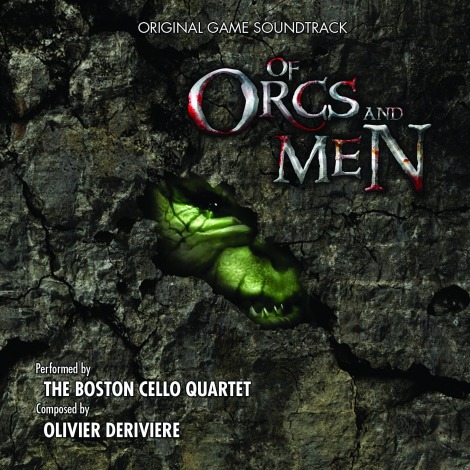 Of Orcs and Men (CD)

Original soundtrack from the game Of Orcs and Men by Olivier Deriviere, composer of Assassin's Creed IV Freedom Cry, Remember Me, Vampyr and Streets of Rage 4.

Of Orcs and Men Original Soundtrack

Olivier Derivière studied composition and orchestration at the Nice Conservatory, France, then film scoring and Jazz at Berklee College of music. Video games are his passion and his goal is always to give a unique feel and personality to each of his projects. Beyond composition itself, he focuses his efforts on creating music that will best serve the gaming experience. Thus his music is regularly acclaimed in the press and by gamers everywhere. Olivier has worked in Europe for 10 years and has now founded AMEO Prod in San Francisco to promote his vision of video game music in the U.S. and Canada. His works have been performed by the Grammy Winning Mystery of Bulgarian Voices, the children’s choir of the Opera of Paris, as well as the Boston Strings Quartet and the Boston Cello Quartet from members of the Boston Symphony Orchestra.

Destructoid – Jim Sterling
“One of the real highlights of the game has to be its soundtrack. An incredibly beautiful arrangement of tunes has been provided by the Boston Cello Quartet and composer Olivier Deriviere”

Machinima – Lawrence Sonntag
“Orcs has a stellar soundtrack. Fantasy scores trend to the high and lilting side of the orchestra, but Orcs’ soundtrack is populated with guttural cellos and thick, oppressive drums. It’s dirty, hot, and brooding”